It is with great grief that I learned of the demise of Heath Ledger, an accomplished actor and one of my personal heartthrobs, if one daresay so. De mortuis nihil nisi bene – 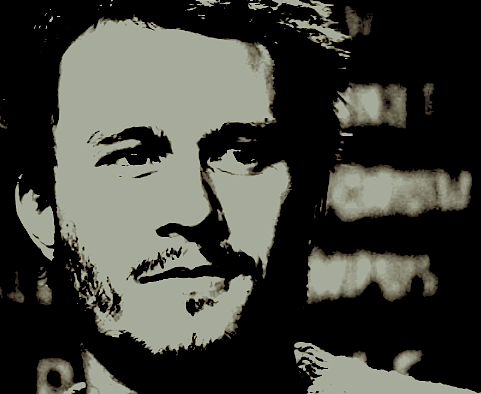 and far is it from me to criticize him in any way – it would be an utter impossibility anyhow. How he excelled in „The Patriot“, how he amazed and deeply touched in „Brokeback Mountain“ and what a career lay in his future! Heath had the potential of being a a legend forever! Alas, it was not to be. Whom the gods love to much, they summon to their presence early – as it was with James Dean, a comparison perhaps to early and easily and by too many already drawn, but valid still, and, in my opinion, very much to the point.

A golden youth, it seems, and his appearance, his broad shoulders, his athletic countenance (As a knight, for example) and yes, his beauty! A heavy burden indeed. No one is as stressed as the truly beautiful, for the world expects so much of them. And Hollywood is, I deem, a cruel scene. Perhaps too cruel for someone so young, for young he was, even younger he seemed, and perhaps his fate is a consequence of this unspoiled youthfulness. Certain sneers have been circulated about a possible drug addiction from sources not too well-wishing in general, brutes of the manhattan rat pack of society columnists, not hours after his sudden death. I have another theory entirely, and I hope I do not accumulate insincerely or uninformed legends about him, whom I really and utterly loved, and whose loss I shall never overcome (that being not an aside…): I believe that he was a manic-depressive of bipolar disorder. Being manic depressive myself, I am well informed about the symptoms, and several have been mentioned in the news coverage – his being irritated in interviews, his sleeplessness (two hours only, sometimes), and last but not least: His very intensiveness in his performance, of the high-strung quality that touches the inner sanctum of the viewers hearts. It is likely, and again I talk from bitter experience, that in his desperation and grief he tried everything to feel better, and the pharmaceuticals having beeen found and analysed speak a bleak language. I went to seven doctors and medical examinations befor diagnosed correctly, and it is a common phenomenon that the outside world reacts with disdain and uncomprehending to the manic states, and even more to the downs – the social surroundings cannot deal with it, are scared or simply uninterested: Did Heath not have everything a young beau could desire? Did he complain? Could his exwife live with and up to his phases of utter despair? It is not uncommon that spouses react with irritation and, in the end, leave. It was so with me. A manic depressive shocks his friends and family into separation (my own relationship, after seven years crumbled into a void, a loss I have not come over yet, and severly deplore to this day – this illness destroys everything…). And it is disastrous to any career, especially if you are known and booked as a sunnyboy, a boy from next door, a teen-idol, a male superstar. Isolation ensues, and phases in which you wish for death (no exaggeration) and death only. Many Bipolars commit suicide if not properly treated and in time and it is a sad fact that doctors are not able to diagnose the disease correctly. In one of my manic states I found myself in a luxury hotel, the Schweizerhof in Lucerne, spending vast amounts of money and in the end photographing a minor (he was fifteeen, turning shortly sixteeen,but, alas, in a month), which cost me my career at Stern Magazine and the Financial Times, for tolerance of the illness, especially in Germany and its Nazi-Tradition of intolerance towards Psychological defects, in the extreme up to killing the patients, a social trait that continues to this date (one tries to hide it, even in the realms of the families), is unheard of to this day. People react scared, and one should not mention his defect in public, lest one is ignored in the workfield, as I have beeen as a journalist for years, an admittance I have not mentioned on this site for some time, but of which my friends have concurred in asking to publish it (well, it is done now!). How much more these reactions toward this tragic illness will have occured in the movie business – I shudder at this thought and have, forgive me Heath! – pity on you. 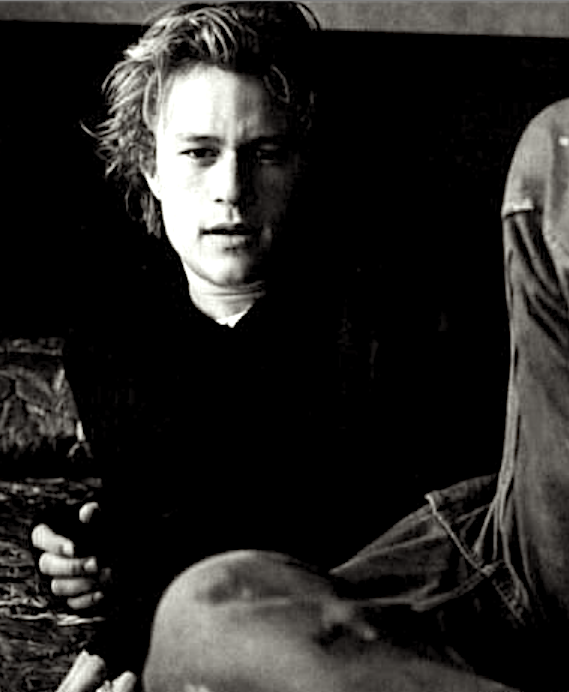 Capucine, one of the most beautiful women of her day, died of being bipolar, throwing herself of her balcony on the eight floor at the age of 62 in 1990, having begun her career with 15 as a mannequin for Dior

. She suffered, she died, one of the many victims of this vicious illness. Many a genius had it, and many of them died by their own hands.

Heath Ledger, a male beauty. Was it a suicide? Who will ever know. I would have understood him. And, had I ever met him, tried to help. I love him still. As I shall do forever. There is no more to say. Reqiescat in pacem.